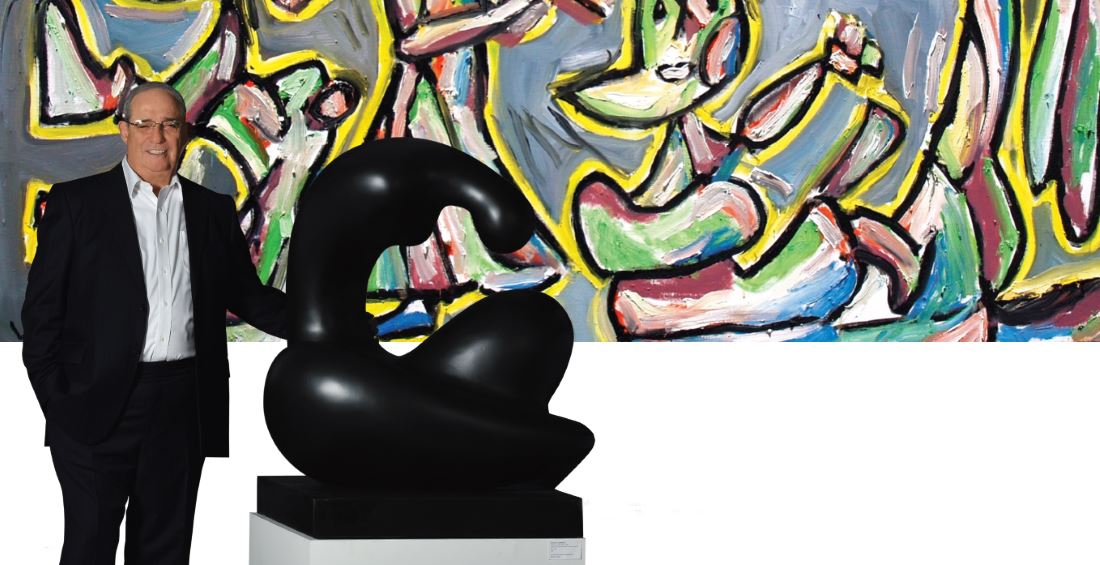 IRREVERSIBLE at the 20th anniversary of Galería Medicci

“I founded the gallery 20 years ago, in 1996. A passion for the visual arts was consuming me long before that. That passion led to the idea to become an active part in the world the galleries. That illusion haunted me for a long time and marked a momentous change in me.” Since its inception, Galeria Medicci drew attention through the sharply focused professionalism of its director, Tomas Kepets, who desired to create a space that would become a point of reference for the breadth and scope of the national art scene. Located on one of the busiest streets in east Caracas, in short order Galeria Medicci earned a noteworthy reputation for the quality of the paintings, drawings, sculptures and exhibitions it offered the public.

Not only did the gallery earn praise for the excellence of the work on display, but also as a center where artists, intellectuals, collectors and people of culture could gather in shared interests. It became a place for the discussion of both regional and global issues and was always infused with the jovial spirit of its owner. Opening nights were unforgettable, typically drawing crowds from broad sections of the art world, ranging from art historians to critics, scholars, collectors, the press and researchers. Likewise, Galeria Medicci contributed to preserving the nation’s rich cultural patrimony by innovating national radio and video interviews that have since become touchstones of Venezuela’s cultural traditions. It is important to note that while the Fair Ibero-American Art Fair (FIA) lasted through 2015, Galeria Medicci’s “Booths” were characterized by the quality of works presented, while it still remains active on the current international art fair circuit presenting such distinguished names as: Manuel Mendive, Manuel Carbonell, Carlos Luna, Alejandro Mendoza, Oswaldo Vigas, and Ivan Petrovszky...

Kepets also realized he had a responsibility beyond placing works in established collections and soon focused on expanding his growing roster of talent to reflect artists who had begun to garner national attention and prestigious awards for their achievements.

Among these names which were earning national and international distinction for Venezuela at the time were figures such as Oswaldo Vigas, Luisa Richter, Miguel von Dangel and Manuel Quintana Castillo. Richter went on to represent Venezuela at the Venice Biennial in 1978 while von Dangel did so later in 1993. As a direct result of these accomplishments Galeria Medicci became a household name and a de facto point of reference in Venezuela for creators, collectors and art aficionados from the moment it opened its doors. By the year 2014 and 2015 Kepets opened the gallery to works of renowned artists in the United States, the Caribbean and Latin America such as the maestro Manuel Mendive, the Cuban American Carlos Luna and the American sculptor Manuel Carbonell, as well as Venezuelan expats based in Paris, France, Annette Turrillo and Karim Borjas. These are just 20 years, definitively the first 20 years and we are waiting for the next 20 years that will undoubtedly be even better.

Oswaldo Vigas (1923 Valencia, Venezuela – 2014 Caracas, Venezuela) was one of the most prominent Latin-American avant garde artists. He actively helped to shape the cultural life in his country and played a key role in the Parisian art scene between 1952 and 1964.

Profusely inspired by the origin of life, the Venezuelan landscape, its history and mythology and foremost the people surrounding him Oswaldo Vigas chooses the vocation of a painter. His work is rooted in a number of styles, such as cubism, surrealism, constructivism, informalism and neo-figuration, all applied in a personal way. Prompted by a search for his mestizo identity Vigas remains faithful to his own convictions, which leads to an authentic artistic imagery.

Over his career, Juan Calzadilla wrote: “research, manifest the same time in all his work a strange, obsessive loyalty to a genuine and sincere language Initially, under the influence of his tutor Willi Baumeister, conducted an abstraction. with which he was ahead of his ‘informalista stage’ of 1959, in works characterized by the use of lumpy textures and atmospheric suggestion, with the theme of cuts Venezuelan soil. Her search proves the legitimacy of what was already implicit in its informal time: the apprehension of a climate internalized in the work with blind and elemental force, where forms begin to define a waiting world that emerges from the hollowness and refuses to be anything other than painting. The intensity of her work corresponds to the urgency with which seeks concern addressed in diversity extreme exercise of his gesture.

Duality is a common theme in Cuban art, and Luna’s art embodies the internal struggles of an artist who has been uprooted. Born in Cuba in 1969, Luna was a part of the 1980s artistic rebellion, and he relocated to Puebla, Mexico in 1991. During the decade in Mexico, Luna enriched his unique style incorporating Cuban icons such as his Guajiro-Man and Rooster-Man with a Mexican bravado of cultural practice and language. His art references the artistic traditions of the Cuban Havana School influenced by Wifredo Lam, the European Cubist paintings of French artist Fernand Léger, the storytelling of Mexican muralism and even the horror vacui of the Latin American baroque. The iconography and the stories told in Luna’s paintings are at once particular incidents and universal themes. They bring to consciousness the ordinary life experiences: passion, violence, ambition, conflict, humor, irony, and sensuality.